How Feedback Helped A Performing Arts Organization Navigate the Pandemic 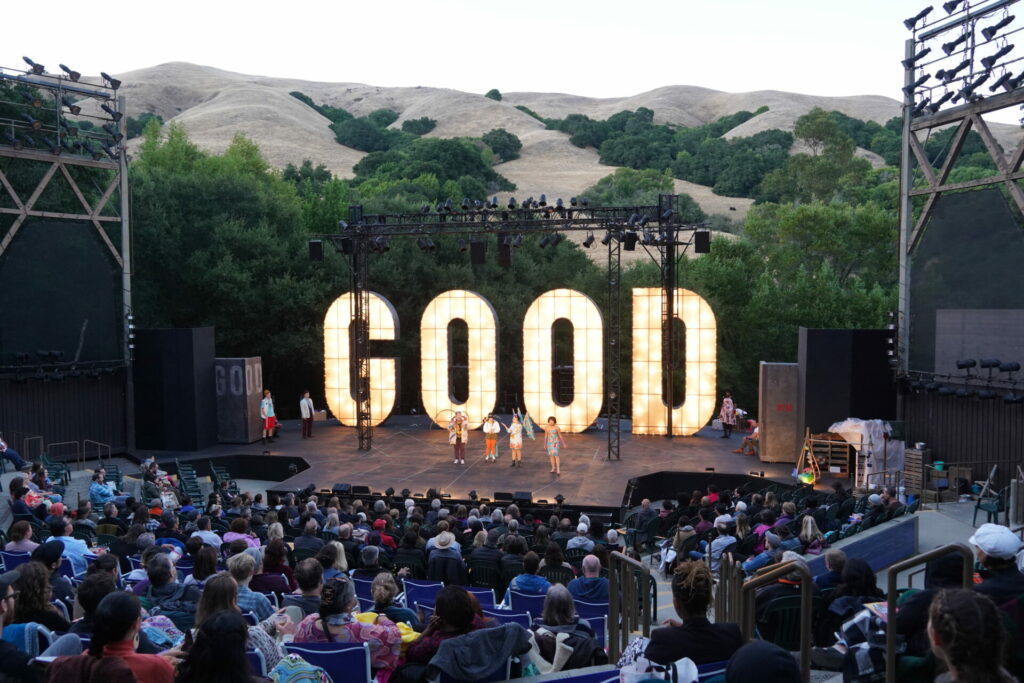 In 2020 and 2021, California Shakespeare Theater (Cal Shakes), like most performing arts organizations, faced an unprecedented crisis due to the COVID-19 pandemic. On top of the myriad challenges of the time, the theater was unable to offer any of its usual programming and found itself at risk of losing touch with its audience. Nate Mandel, a consultant and feedback coach with Listen4Good, sat down with Andrew Page, Development Director of Cal Shakes, to discuss how Listen4Good helped Cal Shakes learn about its supporters’ priorities, and navigate a successful reopening during a time of much confusion and uncertainty.

Nate (L4G): Andrew, thanks for taking some time to reflect on your feedback journey. Before we dive in, could you tell me a little bit about Cal Shakes?

Andrew (Cal Shakes): Cal Shakes is coming up on its 50th anniversary in 2024. We are an outdoor theater with a summer season, and offer year-round Artistic Learning in schools and Artistic Engagement programs with communities. Cal Shakes is the Bay Area’s leading Shakespeare theater. Our mission is to redefine classical theater for the 21st century, making works of extraordinary artistry that engage with our contemporary moment so we might learn about ourselves and each other in the fullness of our world.

Nate: Cal Shakes is unlike most other organizations I have coached with Listen4Good. Typically, I work with workforce development organizations, shelters, foodbanks, and other direct-service organizations that meet more basic needs. As a theater and arts organization, what drew you to Listen4Good and what motivated Cal Shakes to pursue feedback?

Andrew: It’s important to us at Cal Shakes that we learn how to measure organizational success using indicators that are common across cultural differences.

In nonprofit theater, success is often expressed in immeasurables like the importance of the work or the aesthetic experience. Meanwhile, in for-profit theater, success is measured by the profitability of a show. Over the years, the theater world got highly attuned to hearing what their donors thought was important and aesthetically pleasing, but those donors were not reflective of our diverse, pluralistic society. We needed a way to get more objective and broadly representative feedback.

The key was to begin thinking of ourselves more as a direct-service organization. It was a quick step to discover the Net Promoter Score system (NPS) and its wide use across industries. As a Hewlett Foundation grantee, I had read one of their newsletters referencing the Listen4Good program and its use of NPS and decided to apply.

Nate: You and I began working together right before COVID-19 hit in the early spring of 2020. The pandemic changed the entire outlook of Cal Shakes, from finances, to programming, and staffing. How did COVID-19 impact your organization at first?

Andrew: It was brutal. We canceled our 2020 season and lost all earned revenue that year (half our budget), reduced staff by two thirds and furloughed the rest for some time, and had to move out of our rehearsal, shops, and admin space.  In 2021, we were able to mount only one production — a quarter of our usual offering — and with distancing for safety we could only sell 60% of house capacity.

Nate: I recall that you had to figure out whether it still made sense to send any kind of survey out at all during either of these years. How did you navigate that decision?

Andrew: Throughout 2020, we used the tools, resources and skills gained through Listen4Good to stay in touch with our supporters and learn their priorities, and how they would like to see their resources allocated across various areas of the organization.

In 2021, Listen4Good skills served us well again as we navigated new questions regarding masks and vaccination requirements. Other theaters had hired a firm to do similar surveying, but the results of their research were never (to my knowledge) made public. Cal Shakes earned quite a buzz in the theater marketing community when we simply surveyed our patrons and reflected the findings back to them.

We learned that almost 95% of patrons were or would be vaccinated and 85% expressed a preference for masks. We were the first theater in the region to implement a policy of requiring proof of vaccination or a recent negative test to attend a performance. We received tons of positive feedback for it, and saw a bump in ticket sales.

Nate: I know that Cal Shakes has a particularly strong focus in advancing issues of equity, diversity, and inclusion (EDI) – did anything come out in your findings there?

Andrew: In that first survey in 2020, we learned that a significant number of our supporters are drawn to Cal Shakes because of our work to support EDI in the field of theater. They rate this as one of the top three things they value about Cal Shakes.

This finding was not immediately evident in our survey results because the first two other priorities were held by such a large majority. Our supporters overwhelmingly agreed that the top two things they value about Cal Shakes are the quality of our productions and our venue’s incomparable setting for seeing live performance.

In response to a question that asked people to rank their priorities, however, we found that 38% of respondents made seeing theater their highest priority (to be expected given the earlier finding), but 21% also made it their lowest priority. This seemed interesting to us, so we dug into the data.

We found that there are competing “whole organization” perspectives across the different segments of respondents. Some people see Cal Shakes primarily as a place that produces theater. Others see Cal Shakes as an organization that impacts the Bay Area in many other ways. The common value expressed by those 21% who prioritized everything else over seeing theater was their high prioritization of Cal Shakes’ efforts to support EDI in the field. 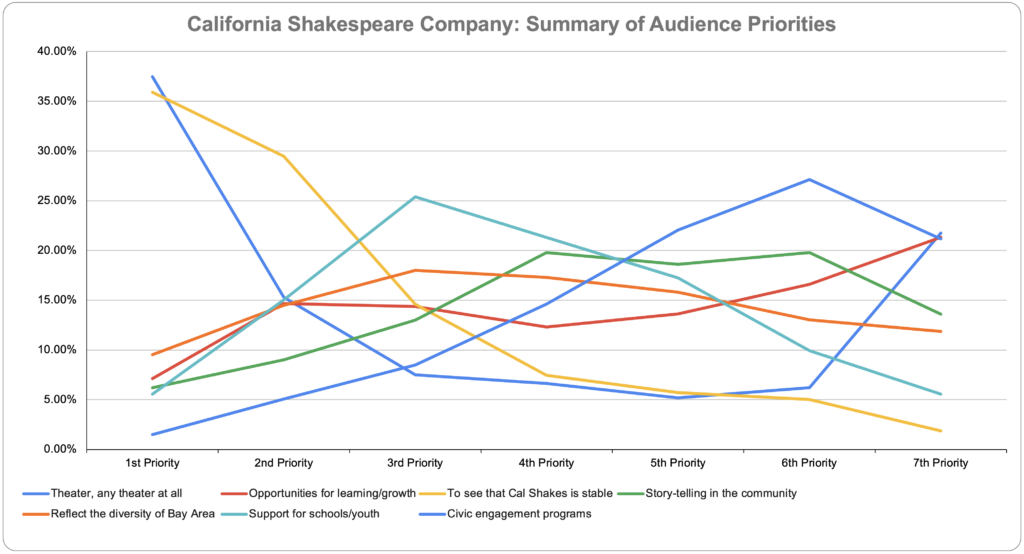 Cal Shakes asked audience members during the height of COVID-19 to rate their priorities as theater staff faced a variety of constraints and limited resources. While the highest priority of many audience members was to see “theater, any theater at all,” a significant number also ranked that as their lowest priority. Seeing that “Cal Shakes is financially stable” was in the top three priorities for nearly everyone – a finding that helped the theater take its time to return at the right speed and revealed interesting differences in the “whole theater” perspectives among supporters.

Nate: How did you approach “closing the loop,” e.g., telling patrons what you heard from them and what you did with their feedback?

Andrew: We simply sent an email. We already email our audience members and community partners regularly. In this case, we sent out an email with the subject line “We’re listening” and we recapped the findings from 562 responses to our survey. You can check out the email here.

Nate: I love that. Closing the loop really can be that simple. So, where does this leave you today? How are you thinking about the role of audience feedback at Cal Shakes moving forward?

Andrew: The value of being a listening, responsive organization is part of our DNA now. We plan to continue surveying and to keep closing the loop with folks because it makes us a more effective organization and a more relevant theater. Finding the staff capacity to do this as we rebuild and go into our season will be tricky, but we’ve got great tools, experience, and coaching to help us.

Nate: Finally, what would you say to organizations who are considering joining Listen4Good?

Andrew: If you want to have an impact, it’s important to give people the opportunity to provide feedback and let them know how you responded. They need to know that their voice was heard. 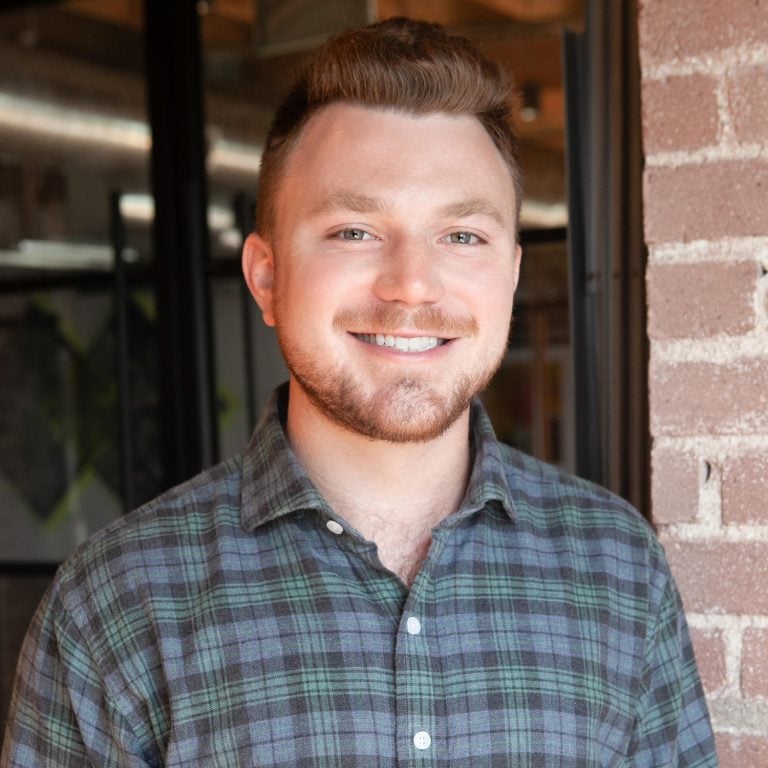 Nate Mandel is a feedback coach for Listen4Good, a feedback capacity-building initiative of Fund for Shared Insight. Nate consults with organizations to help them optimize their impact and achieve equitable outcomes through close listening. Most recently, he was the National Manager of Program Innovation at the Center for Employment Opportunities (CEO).

With more than seven years of experience designing and scaling high-quality feedback loops, his approach incorporates person-centered, evidence-based practices that help organizations better support and holistically respond to the needs of the communities and clients they serve.

To learn more about Nate Mandel and his work, feel free to connect with him through LinkedIn. 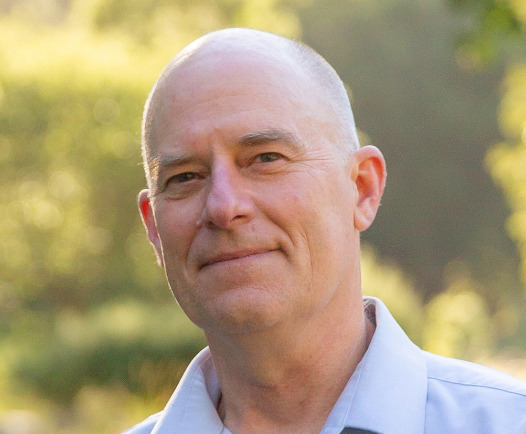 Andrew Page is Development Director of Cal Shakes (California Shakespeare Theater), which is premiering two Shakespearean adaptations in summer 2022: the bilingual Romeo y Juliet adapted by Karen Zacarías and directed by KJ Sanchez; and Lear, a modern verse translation by Marcus Gardley, co-directed by Eric Ting and Dawn Monique Williams, in partnership with Oakland Theater Project and with support from Play On Shakespeare. Learn more.